This post explains what falls under the term ‘minor works’ and refers in depth to the wiring regulations as a reference and reminder for electricians. 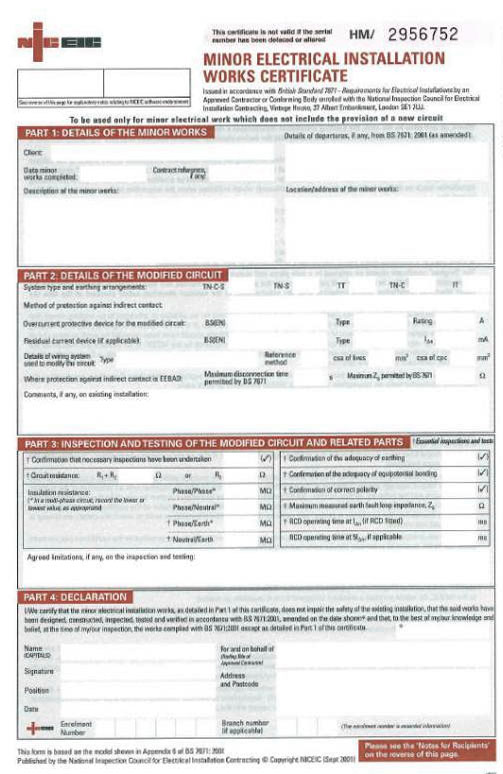 Minor works is defined in Part 2 Definitions of BS 7671 (the wiring regulations) as:

‘Additions and alterations to an installation that do not extend to the provision of a new circuit’.

A note to this definition states:

‘Examples include the addition of socket-outlets or lighting points to an existing circuit, the relocation of a light switch etc’.

Electrical installations must have documentation (Regulation 132.13). The Minor Works Certificate was introduced in 1993, and has become thought of as something of a record for posterity. In fact, it was introduced to minimise the paperwork for certain works and not to negate the requirement of the wiring regulations to adhere to installation rules.

In other words, trades people such as plumbers and heating engineers who may for example spur off a socket to provide an FCU (fused connection unit) will usually not provide a Minor Works Certificate at all. Likewise electricians who become used to doing these small jobs routinely will fail to test the circuit before it is energised again.

The wiring regulations do not reduce the standard for safety for minor works. Indeed the lack of testing after the completion of electrical installation work, including minor electrical work, is in contravention of BS 7671 (Regulations 134.2.1, 631.3 and 633.1).

Minor works are still electrical works and as such require inspection and testing on completion with satisfactory results before the circuit is energised again. And remember, one certificate is required for each circuit worked on – the test results must be recorded.

The word ‘may’ in Regulation 631.3 implies that a minor works certificate can be used instead of a full Electrical Installation Certificate but irrespectively, one has to be provided.

As discussed so far, a MWC should be used for any circuit worked on that does not require part P notification. Whether you are extending a ring final circuit by one spur or adding ten sockets to the ring, it can be covered under one certificate and the same applies to extending lighting circuits.

Slightly creepy is the need to certify like-for-like accessory replacements. One could assume that renewing all the socket faces on a circuit is classed as maintenance rather than installation, but let’s look at Regulation 631.3 again and its reference to Appendix 6 of BS 7671.

The third sentence of the Notes to the MWC in Appendix 6 states:

This means that the professional electrician should be aware that replacing a socket-outlet faceplate requires the same tests as if the socket-outlet had been added to the circuit or extended. The following text from the Notes states that:

‘Appropriate inspection and testing, however, should always be carried out irrespective of the extent of the work undertaken’.

The existing circuit details of the installation must be recorded; system earthing, fault protection and protective device details.

Where a potentially dangerous situation is discovered, such as the absence of a connection to Earth, the work must not proceed and the client should be advised of the situation immediately, preferably in writing.

Additionally, any items that could have a detrimental effect on the work being carried out would need to be rectified before the minor works can commence.

No matter how minor the electrical work may seem, without a Minor Works Certificate to confirm the work done and subsequent test results, the client would be placed in a tricky situation should an incident develop following completion of the work.

The MWC demonstrates that the work carried out complied with the wiring regulations at the time it was issued. Where one or more of the required tests has not been done, the reason should be stated. Remember that the necessary tests are quite basic to the competent electrician and there is no reason why you cannot account on your invoice for the time taken to perform this essential and legal task.

← Prev: The Coupe Breast Next: The origin of a supply → 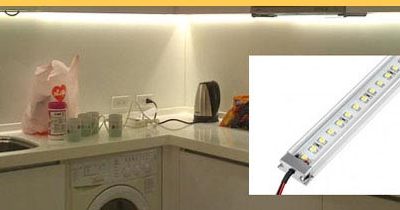 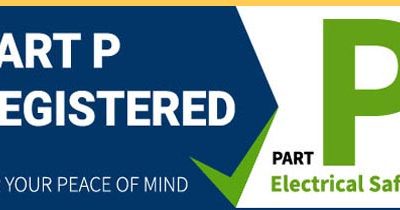 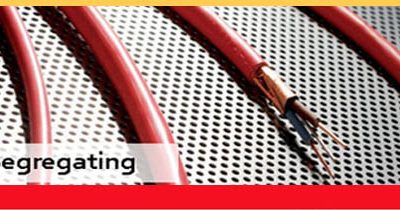 A UPS system is usually ‘optional’ wiring whereas fire and EM lighting are a ‘legal’ requirement and need to be dedicated entirely for that purpose. If sharing containment then they must be segregated. Wiring for ‘legally’ required standby loads are permitted in the same run or enclosure with other general wiring (701.10).