David Bowie left a huge legacy of music with much material still to be released over the next few years. But does his talent excuse his wrong doings.

Bowie left five tracks off his last, some say farewell album, intended for a follow up album, perhaps a posthumous work, as he had fought and lost an eighteen month battle with cancer. There are many more works left from previous albums which together make for an interesting selection of unheard music yet to come.

Many of this generation have not even heard of Bowie but a scope of artists say they have been affected by his work. He was an icon of fashion and music and he always remained relevant. Whether people are aware of past indiscretions is one thing but he achieved the highest fame and was an influence and and inspiration in pop history.

Bono, the U2 singer, first saw Bowie on Top of the Pops in 1972 and was mesmerised. He said: “I’ve played at being a rock & roll star, but I’m really not one. David Bowie is my idea of a rock star.”

Kayne West the American hip hop singer expressed how David Bowie had influenced him whereas Lady Gaga paid tribute in one of her concerts and stars from Mick Jagger to Paul McCartney commented on his achievements.

Marilyn Manson of the American rock & roll band of the same name was inspired by much of Bowie’s unorthodoxy and said that Bowie had changed his life forever. “Every song of his was a way for me to communicate to others. It was a sedative. An arousal. A love letter I could never have written.“

However, like all things, his music wasn’t everybody’s cup of tea but not many know that he has a sexual history that shames him. When living in California during the 1970s he had sex with a fifteen year old girl called Lori Mattix. Elvis Presley had done similar with a 14 year old Priscilla Beaulieu.

Fans are incredulous when their icons behave in unbefitting and inappropriate ways. For example Sir Elton John was a member of Alcoholics Anonymous, Narcotics Anonymous and Over-Eaters Anonymous, yet ‘he’s still standing’, as far as his fans go.

All too often a pop idol’s talent gets confused and set apart from the people they actually are and their fame offers a wall of protection from taboo sexual idiosyncrasies and breaches of the law.

Unfortunately, people value talent and show their approval far more eagerly than voicing their disapproval for any negativity. As with the case of Gary Glitter, who was once loved for his 1970s glam rock music and style, once it was found out that he was a paedophile, his career was over.

If people would have shown their disgust at Bowie or even Iggy Pop (13 year old Sable Starr), Chuck Berry (14 year old Janice Escalanti), Gerry Lee Lewis (13 year old Myra Brown) etc, then these guys would not have had careers, and so what a frightening thought that would appear to be to the modern populace.

The trouble is, that media and public view readily accepts 13 and 14 year old girls are simply ‘underage’ whereas younger girls are untouchable. So stars that violate underage girls are okay it seems but if you go too low you’re Garry-Glittered.

In fact in all situations except in Italy where the age of consent is 13, grown men, particularly those in positions of influence, who have sex with those under the age of consent are acting in breach of the law. It is only the media and the people that decide if a person is a paedophile of not.

Such is the history of Jimmy Page (guitarist and founder of Led Zeppelin) who has an O.B.E. and Mick Jagger who has a Knighthood. Both socially rewarded and respected members of society that have had sex with underage girls.

Indeed Iggy Pop recorded his involvement in underage sex with lyrics that opened the song ‘Look Away’:

‘I slept with Sable when she was 13. Her parents were too rich to do anything.’ 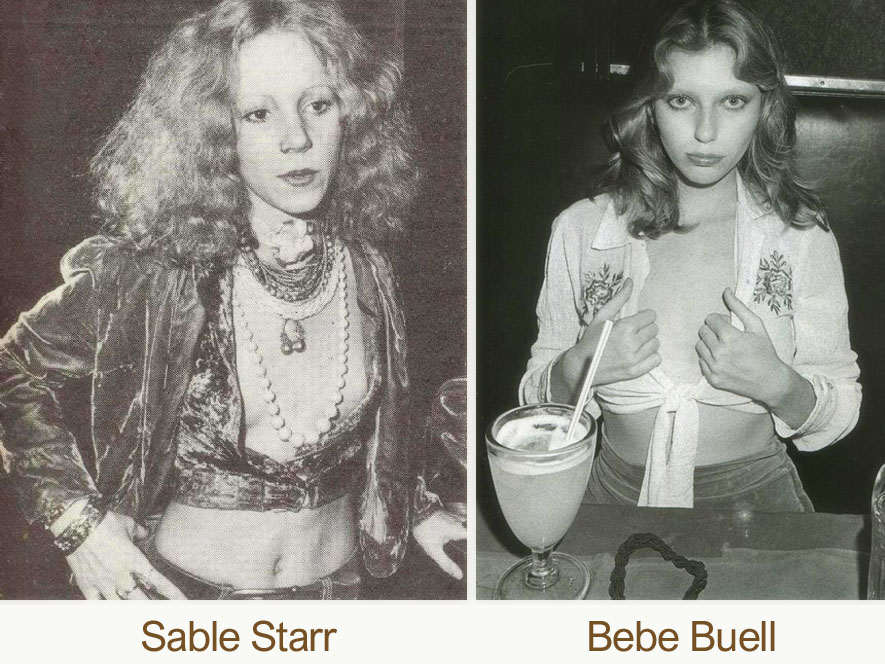 With Bowie, the issue is that his victim Lori Mattix does not see herself adversely affected by the experience. She was caught up in the youth groupie culture and seems proud of her time with Bowie. But most victims do not feel they were beneficiaries of good fortune from the experience of sex with older men, and most realise at some point that they were groomed and used for selfish gratification and this affects them deeply leaving them scarred for life.

When Bowie first met Mick Jagger in the early Seventies they became more than friends, attending each other’s concerts and sending each other gifts. Eventually Bowie’s wife Angie caught Bowie and Jagger in bed together. For a time the bisexual pair were to be seen everywhere together without their wives.

Backup singer Ava Cherry, stated that Bowie and Jagger were sexually obsessed with each other and that she shared a bed with them many times and watched them having sex. Bebe Buell the model that had affairs with both men also tells that she was often in bed with them both.

Bowie and Jagger reclining on a sofa

Bowie passed away while Angie was in the big brother house and she decided to stay there after she was told off camera about her ex-husband’s passing. She had said on the show that they had not been in contact for almost forty years. 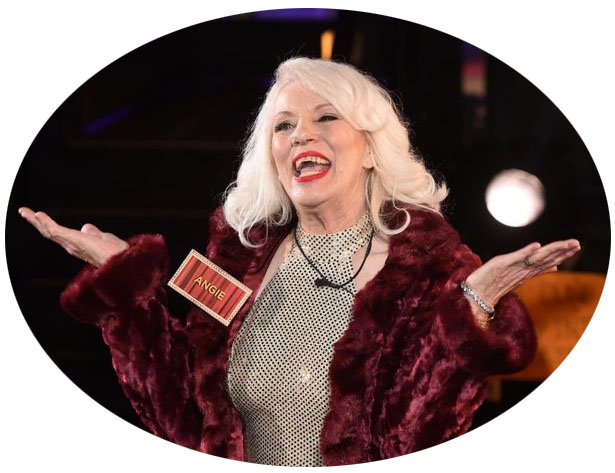 It was Angie, according to a book by Wendy Leigh about Bowie’s life, who would source and bring back willing girls to sate the sexual delights of herself and her husband. Into a couple of years marriage Angie had an affair with one of Bowie’s entourage but still continued to join her husband for threesomes involving male or female.

At this time in 1972, Bowie introduced Ziggy, a bisexual alien and in the same year stated that he was gay in an interview for the Melody Maker newspaper. Four years later he told Playboy that he was bisexual. And into the eighties he told Rolling Stone magazine that he was a heterosexual. One confused guy.

By the late 1970s Bowie was addicted to cocaine it’s claimed (I say ‘claimed’ because I don’t believe cocaine is addictive.) It was then, in 1979 that he asked his wife of nine years, Angie, for a divorce.

According to Angie, Bowie used sex to get what he wanted because he was so hungry for fame. She was 19 when they met and she helped him with his range of alter-egos such as Ziggy Stardust. Angie claimed she was caught in a love tangle when Jagger tried to bed her in revenge because Bowie had slept with Jagger’s wife Bianca.

Angie tells that her marriage deteriorated after Bowie dabbled with narcotics. She says he was snorting huge amounts of cocaine as well as taking acid and hanging out with other coke heads. Rather more alarmingly, a few months before the divorce, Angie states that Bowie tried to strangle her with his hands in a fit or rage when she came home unannounced and caught him with a lover.

Yet here we are, looking at the prospect of a hoard of new Bowie songs to be released over the next few years.

Next: The Doctor of Chocolate →