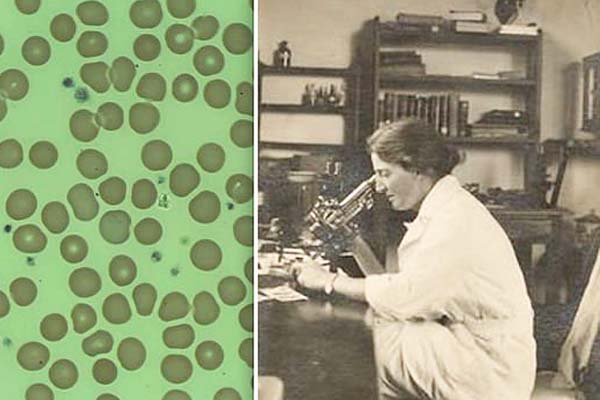 Centres for Disease Control and Prevention recommend that every fertile woman receive a minimum of 400 milligrams of folic acid every day. Lucy Willis discovered this type of B vitamin whilst working in India in the 1920s. While in the UK she had noted that large numbers of poor female textile workers in India were anaemic (deficient in red blood cells,) during pregnancy.

She discovered that it wasn’t pathogenic (caused by bacteria or virus,) but realised it was connected to nutrition because more well off women did not suffer the same. She administered marmite, rich in B vitamins, which had amazing results within four days.

The special ingredient, B vitamin, was dubbed ‘the Wills Factor’ until 1941 when folic acid was first isolated from spinach.

A Russian mathematician born in Kologriv, Russia on 7 March 1922, who made valuable contributions to mathematics in the fields of weather and fluid dynamics.

One wonders why she would strive so hard to express her gift at the hands of an oppressive Soviet Union, considering they gave her such a hard time and tortured and executed her father when she was 15 yeasrs old.

However, she authored more than 250 papers and work continues to impact oceanography, cardiovascular science, aerodynamics, and weather forecasting.

As a rebel not afraid to voice her thoughts, she befriended famed Russian writer Aleksandr Solzhenitsyn, an outspoken critic of the Soviet Union. 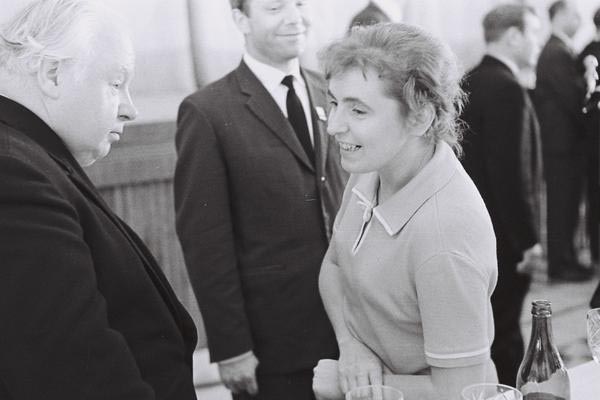 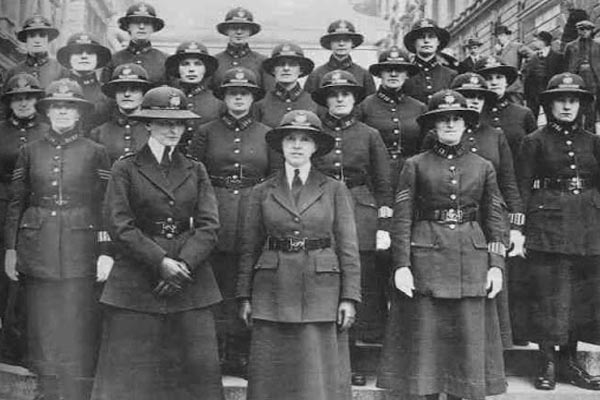 In 1918 women aged 30 and over were given the right to vote for the first time. By the end of that year the Home Secretary ordered the Commissioner of the Metropolitan Police to recruit women into the police force.

Sofia joined in 1919. She was the first female Metropolitan Police Force Officer and the first commander of the Women Patrols from 1919 to 1922.

By 1922 there was a move to abolish the women patrols and Sofia allied with Nancy Astor, the first female MP, to try and appease the Home Secretary Edward Shortt. This lead to disciplinary action and she was dismissed.

It was the last involvement she had with the police, but she moved to India for a time to assist their police returning in 1939. She died from injuries relation to a road traffic accident.

She was an astronomer and one of the first female executives at NASA and the first Chief of Astronomy from 1961 to 1963 at the Office of Space Science at NASA Headquarters.

She was an advocate for women in science and is notably known for her involvement with the Hubble Space Telescope and known as ‘The Mother of Hubble’.

She was in charge of organising the Hubble project and secured the funding. She argued that for the price of a movie ticket, each American could be given years of scientific discoveries. 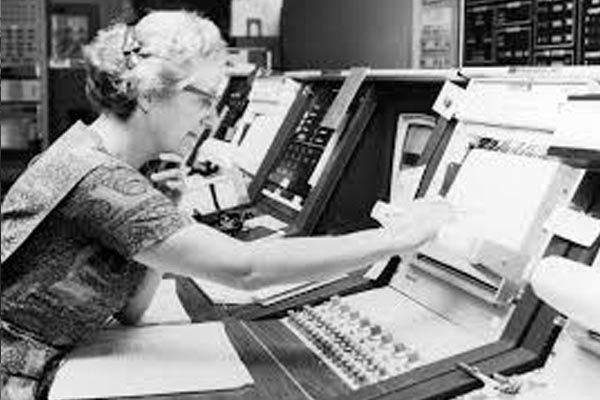 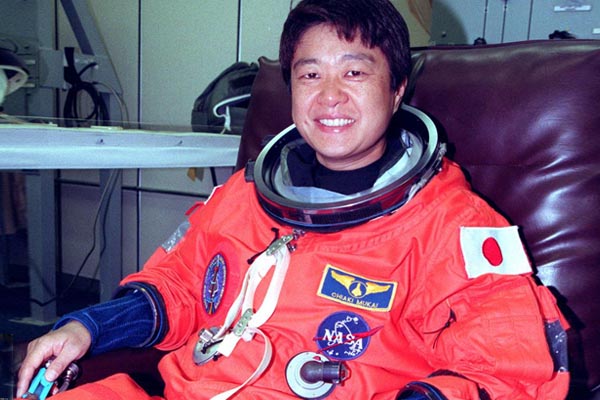 Dr. Mukai is a Japanese doctor and astronaut. In 1977 she received her doctorate in medicine from Keio University, having moved from her birth town Tatebayashi to Tokyo. She also earned a second doctorate in physiology. By 1983 she was Chief Resident in Cardiovascular Surgery at Keio University Hospital.

It was while at the hospital that she was approached by the national Space Development Agency of Japan. She joined them on antigravity research and in 1994 joined the crew of the space shuttle Columbia as a payload specialist.

A Soviet Russian cosmonaut who was drawn to space and at eighty years old volunteered for a one-way trip to Mars.

Born in a small village in Yaroslav, central Russia, she left school at 16 and made a skydive jump in 1959. By 1961 when the Soviet space programme was launched, she was suited to be the first female cosmonaut.

Prime Minister Nikita Khrushchev was in a race with the US space agency and wanted a first woman in space before the US had even allowed women pilots.

She launched into space on 16 June 1962 and after three days had spent longer in space than all the US astronauts combined. Unfortunately on her return to Earth the point had been made and women cosmonauts were disbanded and would not return until the 1980s. 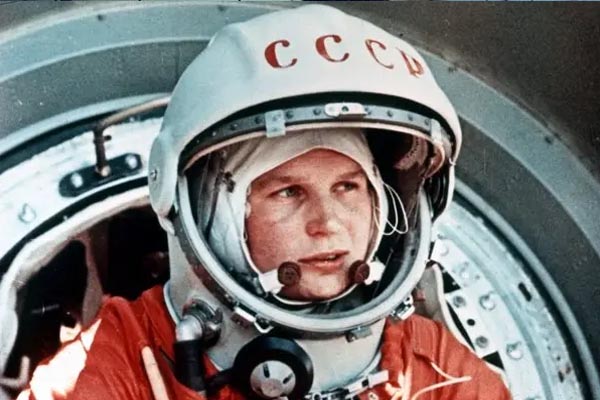 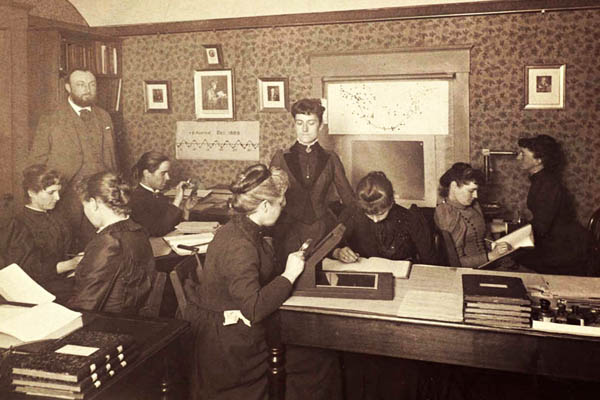 On taking up his role as director of the Harvard College Observatory in 1877, Edward Pickering began laying the foundations for star astronomy. He soon realised that his male staff were very inefficient and said of his male assistant in charge: “My Scottish maid could do better!” So he sacked the assistant and brought in his maid; Williamina Fleming.

Peggy Whitson working outside the ISS in January 2017. In March she made her eighth spacewalk breaking the record for female astronauts. She had also spent the longest time in space than any woman until Christina Koch broke that record in early 2020.

Peggy Whitson deserves the recognition of a women pioneer because she has also commanded the ISS twice and has served as Chief Astronaut. 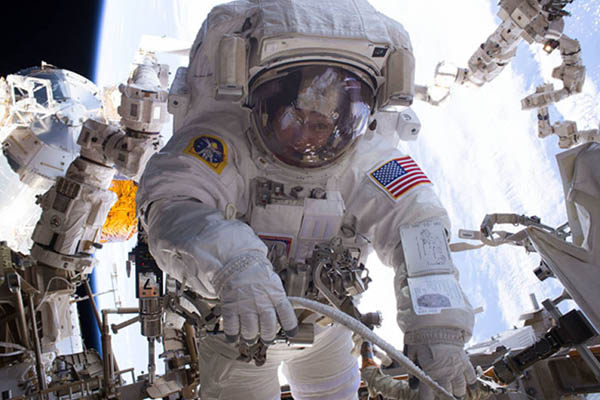 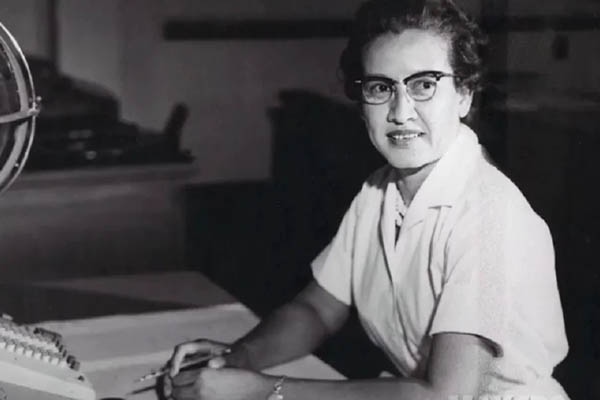 During the time in US history when apartheid existed, Katherine Johnson’s parents believed in her, encouraged her, and saw that she had every opportunity to succeed in life. She was a gifted child and having studied at a notorious black school from ages 13 to 18 she remained as a school teacher until she was spotted and offered a job at NASCA, the predecessor of NASA.

She was one of just three black staff and her career as well as space exploration pretty much started together so she was fortunate, as she herself suggests, that there were no established books on procedures and it was therefore here and others that wrote the first papers on the mathematics supporting orbital trajectories.