This section about our planet deserves a website in its own right because it covers so much. When we talk about our planet there is a huge wealth of history about the planet and human evolution; the beginnings of civilisations, the evolvement of cultures and with regards to the planet what about the spontaneity of life and how it occurred from the primordial chemical soup that abounded after the Earth’s heavy asteroid bombardment period. Even earlier when the solar system formed, the galaxy took form and the events since the big bang.

Humans have evolved to search for answers always knowing that tomorrow will see the fruition of todays impossibilities. Humans have a purpose hard-wired, to explore and create things. Humans will one day explore space just as people once left shores on ships to traverse the unknown seas where dragons breathed.

This is a great saying by some religious guy; Ralph N. Helverson:

“A ship is safe in a harbour; but that is not what a ship is for.” 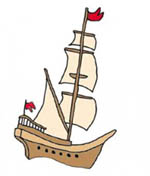 Evolution is a contested concept. The idea that things adapt to their needs over time and then improve on them has been explained by Charles Darwin. But I think humans progress much faster than evolution would account for. The passing of heredity information in DNA also applies to inanimate objects like rocks and water as well as biological matter. Water has a memory, muscles on your body have memory and our planet too has a memory!

When the first particles were formed and started cooling down some 300,000 years after the big bang, it benefitted matter the most. Particles came together and matter therefore became important. Things like ‘forces’ were a by-product and over huge time periods ranging in millions of years all matter was pressed from all sides so much so that the default shape for matter is round. Round biological cells, round stars, round planets, round black holes. We look up and see a moon, so perfectly round.

When I was around twelve years old my father gave me a book about astronomy, I still have it today of course. It’s signed on the front page ‘To Tony Love Dad, 1978’. I read it several times and it taught me that Earth was only planet in the universe. The idea of aliens was a conspiracy theory. 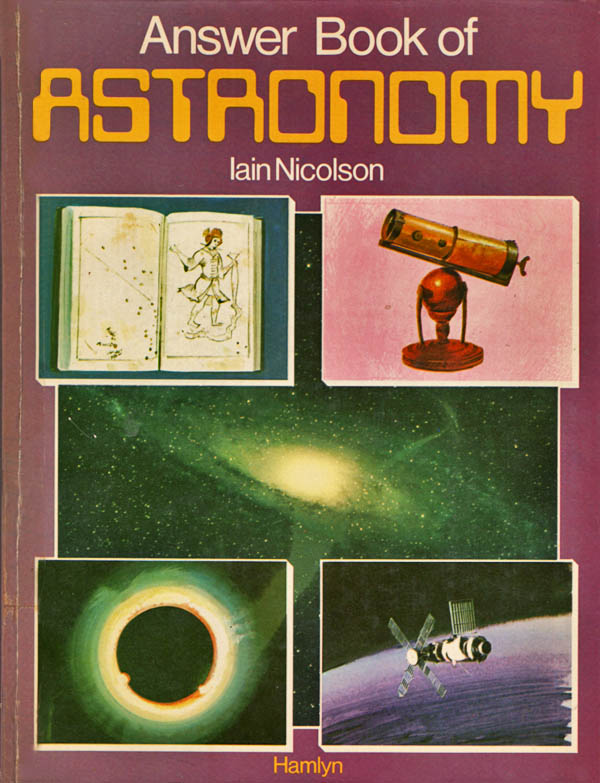 My first doubt in the official version of events was in the form of a question, ‘how on earth do they know that?’ Today humans have identified thousands of other planets and continue to make discoveries every day.

Humans, we, know that life occurred on Earth, why therefore is it so incredible to believe or want to believe that this phenomenon is widespread across the universe. Can we not even consider that it happened at least once somewhere out there.

Surely the vastness of space would make this feasible. Yes there could be many, even hundreds or thousands or even million of intelligent life bearing planets in the universe, but the universe is so un-imaginably humongous that the chances of any two ever discovering the existence of each other is so remote as to be thought impossible to happen.

So what am I saying that I believe there is intelligent life out there, hell yes. Just as my grandparents taught me that there were no other planets out there and now they’re saying there is at least one orbiting any star out there, so I say that life must be abundant out there but we are so remote from it as to never discover it.

Just because we haven’t discovered life elsewhere in the universe doesn’t mean it is not out there. We are discovering new things all the time. Space today is no longer empty space, scientists have discovered that space, what we refer to as the interstellar medium (the space between stars,) is not a vacuum but absolutely crammed packed with stuff.

To emphasise this point, when you take the air completely out of a cylinder the vacuum that’s been created can be weighed and it has mass. So the reasoning is that if a vacuum has mass then it must contain something, even though we cannot detect it by any means.

So energy begat form, begat matter, begat life. even more remarkable is the notion that every infinitesimal iota can still be detected today, known as the background radiation (i.e. from the big bang). This is a constant temperature through the known universe. There is no such thing as empty space.

As a species humans have described barriers as the next frontier, today that frontier is the exploration of space. There are other frontiers like the rainforest canopy, so much yet to be discovered, like we know about 20% of what goes on up there but anything yet to be discovered in the remaining 80% could be a cure for cancer or whatever. What about the abyss in the deepest oceans and the eco-system of high altitude mountains.

When life pops up it does not sprout from nothing, there has to be a quantity of mass and energy at play. So allowing for the millions if not billions of years it took for an explosion to form into a large ball of matter (i.e. terra-formation,) are we to believe that it’s all about rocks flying at high speed around other inanimate objects, I doubt it.

When does a particle become organic? Particles bonded together become atoms but what is the difference between a rock atom and an atom that forms part of a living cell. That fine line between organic and in-organic has never been fully explained. So what’s the point I’m trying to make here; is planet Earth just a big rock or a living entity.

We assume that to be alive there has to be a control centre, so if planet Earth is alive where is the brain. If we accept that not everything has to have a brain then we may accept that planet Earth actually shares a planetary conscience.

If you were a planet what would you do. Provide facilities for trees to grow, for oceans to flow, for life to exists. Of course you would but you would want more, just like all living things. Using chickens and other life forms as examples, they are limited by their brain power. Even after 25 billion years of evolution, a chicken would not be able to progress technology to fly to drive a car, let alone fly to the moon.

Humans are different, the brain matter required to attain greatness and therefore break free of the constraints of physical limitation, are such that the development of higher though was made possible by the addition of protein to the human diet. In other words, hominids that went from vegetarianism to meat eating sparked the growth of the brain, i.e. it introduced the addition of higher brain matter.

It is the higher brain matter that distinguishes humans from all other species. Humans can reason, and that is an ability bestowed by higher brain matter developed over millions of years by what we might crudely envisage as hominids making the shift from tree-dwelling fruit eaters to hunter gatherers.

In the great scheme of things our planet is just a … of a spec of insignificance relative to the universe, yet there are forms of intelligence enough to make us think are we what it’s all about. How many of us, with our high brain matter, have wondered if our existence is just a blemish on the umbrella of a being walking along a far distant galaxy. Is all that we are just a droplet of water in a greater ocean.

Technology has progressed to the extent that we can see billions of years back in time. That image is just light travelling for that huge amount of time which in turn is simply organised energy. By organised energy I mean energy hat is so well structured that it conveys information, in this example in the form of light, i.e. photons traversing the universe.

What we see around us today is wildlife and nature. This is a gift from planet Earth. Either we can accept that planet Earth has been around for a while and gave us life or we can believe that the physicality of Earth is by-the-bye and that we exist because a deity created us.

The 1960s was a crossroads for discoveries. Historically it was a time of awareness when humans were at the height of cultural evolvement, but of course was that all happening in the atom of an ear of corn.

In order to process our existence and place in the universe we have to take time to reflect. Wise men equate this to meditation. If we sit and absorb ourselves in the great contemplation of existence, then whatever we experience must be the truth. What is the truth, is it the same for everyone or is it different for everyone.