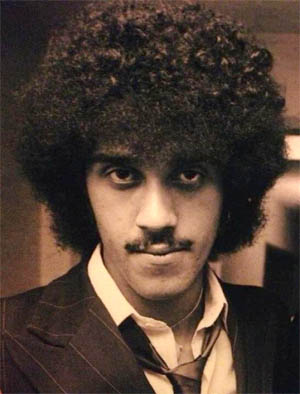 One of the most exciting rock bands around in the 70s and the first major musical export from Ireland. Their first performance at Wolverhampton Lafayette Club in 1974 until the tragic death of lead singer Phil Lynott

The Irish song Whisky in the Jar reached #6 in 1972. Equally famous The Boys Are Back In Town from the Jailbreak album of 1976 paved the road for a trip to the US but Thin Lizzy in America was not to be.

One story is that Lynott was infected by a heroin needle in 1976, having contracted hepatitis then and cutting the US tour short. Other sources say heroin use was rampant for years with the full knowledge of their management.

Their final show was at the Nuremberg festival on 4 September 1983. Lynott did write a last hit in 1985, Out in the Fields, but continuing drink and drugs abuse led to his death exactly four months later on 4 January 1986, he was 36 years old.

Thin Lizzy at the Rainbow 1978

Waiting for an alibi