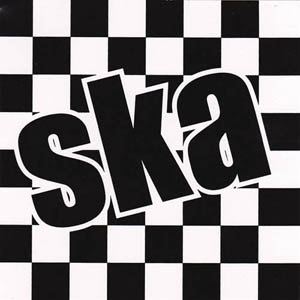 Message to you Rudy

Ska is an easily recognisable style, with an offbeat rhythm called an upstroke or ‘skank’. It’s quick and exciting and if you’re not tapping your feet, you will be dancing. Horns lead and follow the skank, as well as piano or keyboard that emphasises the bass line.

It was the precursor sound to music styles steadybeat and reggae and ska spread out from Jamaica when the country gained independence from Britain. Because American radio stations could be picked up in Jamaica, this is how Jazz and R&B influenced ska.

A Jamaican DJ called Clement Dodd spread the new ska over the airwaves having identified a style that helped towards a new cultural identity in the wake of the British. He established Studio One where many legendary ska tracks were laid down.

Most originating artists or ‘Skaartists’ such as Desmond Dekker and Bob Marley transitioned to Reggae music as it developed out of Jamaica. For instance in the film The Bank Job (2008) there is a scene in a night club and in the background a reggae track plays.

The film is well researched because at that time reggae was new and swept into London clubs. In particular the artist Anthony Johnson who worked from the same Jamaican studios as Bob Marley and whose track ‘Gunshot’ was one of the first reggae sounds to arrive on the international scene. 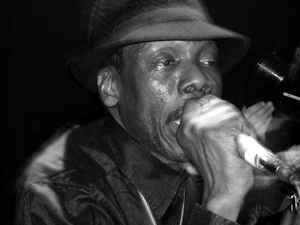 It is this track ‘Gunshot’ that is used in The Bank Job film and is about the daily gun crime that erupted in Jamaica in those times. To this day the author is known as Anthony ‘Gunshot’ Johnson such was the success of his song and reggae music. Today he remains a modest artist and is more established in Italy where he continues to visit every year to entertain packed venues of fans.

London in the 1950s was a time when many Jamaican families emigrated after the Jamaican independence and if you had lived through those times a racial tension would have been felt and reggae was the Jamaican cultural music.

So one can imagine that a new music genre breaking into fashionable London may have been exciting for music aficionados but not altogether desired by the wider observer that viewed immigrants much the same as they are viewed today in the current European situation.

‘Rude’ was a term denoting an impoverished Jamaican teen and the youth formed into gangs with their own dress code designed to mock the more well off folk. Members were seen as nobodys and they became known as ‘rudeboys’ and subsequently the source of much material for ska lyrics. 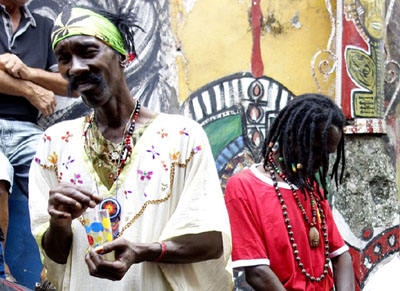 Reggae music came out of ska. Reggae was slower and the lyrics more politically geared.

The 70s take on Ska music was a more rounded some might say evolved style. The sound was still dominated by horns such as the trumpet, saxophone, and trombone. And it stayed true to the original for example the dance associated with the music was called a ‘skank’ and the group Madness used lyrics such as these in one of their songs:

One step beyond
Hey you, don’t watch that, watch this
This is the heavy heavy monster sound
The nuttiest sound around
So if you’ve come in off the street
And you’re beginning to feel the heat
Well, listen buster
You better start to move your feet
To the rockinest, rock-steady beat
Of madness
One step beyond

The racial tensions of the 50s had faded. It was ska that screamed out ‘okay let’s try that again’ and it stumbled over into the 1980s too. Actually some call the 80s era the third ska wave and yet another ska burst in the early 2000s is referred to as post third wave. These later waves were mainly in the USA as they had not experienced the first two waves.

Imagine your parents have just been through the rock and roll 50s and are entering the swinging 60s when along comes the music of the Jamaican immigrants. However your age group is inquisitive but you don’t know what to do because you need to be a skinhead, a mod or a rocker.

Skinheads: A subculture characterised by close-cropped hair and boots, perceived as aggressive and racist. Their music was what you would think of as ska, rocksteady and reggae, and so you can see the conundrum.

There was never an official Skinhead music genre. But a movement that swathed in black music culture was also the manifestation of the National Front and other racist movements, often promoting Nazism and racial hatred in their songs. Thus, it beggars belief how retarded these people were and how backward the times in terms of humanity.

When skinheads turned into the punk movement then their music became distinct with bands like Sham 69, even though there were still bands like the Cockney Rejects making songs like ‘War on the Terraces.’ Would you believe this band is still performing today.

Mods: A subculture characterised by a smart appearance and the riding of motor scooters that started in England in the early 1960s. Their music was soul and also fast music from bands like The Jam. The symbol was the British emblem (target) as seen on RAF airplanes and so in itself this movement suggested you didn’t belong if you were not a native.

So just like the skinheads, the mod culture revolved around music and fashion and again with mods, they favoured black underground sounds from the US and ska from Jamaica.

Rockers: A subculture characterised by motorcycles, black leather and denim jeans. Their music was Rock & Roll hence the name ‘rockers’.

Can you imagine how confusing and ridiculous it all was; white movements claiming black music for their own. This was the predicament young people had with the first wave of ska coming out of Jamaica because youngsters were part of a racist Britain yet they were dancing mainly to black music. By the second wave, rudeboys and punks also shared a dislike for the upper classes.

By the second wave of the 1970s the ska revival saw bands like Bad Manners, Madness, Selecter and The Specials. Band members were equally black and white and they started to move away from racism and to create music together. The Specials came from Coventry, they founded the ‘2 Tone’ record label which is where the ska genre got the phrase – 2-tone.

The track that Anthony Johnson is best known for.

Let Go This One – Anthony Johnson

Reggae but with rudeboy rythem

Gunshot features in the film Bank Job, when the cast are in a club. Anthony Johnson was among the first artists to introduce reggae music into the UK. He was on the scene with Bob Marley and recorded at the same studios. He is still recording and returns to Italy yearly to perform live where his music is enthusiastically received.

So, when you hear talk of third wave ska you know it refers to ska interpretation out of American. Operation Ivy, sometimes called ‘Op Ivy’ was an American Ska band from Berkeley, California formed in May 1987 and who were a significant influence on that version of ska music.

Some bands that influenced Op Ivy were: The Clash, The Specials, The Ramones, Stiff Little Fingers, The Uptones, Public Enemy, among others. However, I fail to find any resemblance and Op Ivy for me are what can only be described as an American punk band, and what that music would sound like if the punk movement had come out of American sub-culture, which of course it did not.

Punk culture in London was being formed at the end of the so-called swinging 60s while in America the remnants of the hippie movement were still being played out. Punk was about pushing aside the free-love and shabby fashioned 60s and re-inventing the smart and respectable 50s.

So instead of going along with 70s fashion which followed the shabby and loose hippie fashion in the form of wide bottom trousers wide collars and freaky shirts; punk stuck with jeans, T-shirts, and leather jackets worn by rockers before the 50s.

Punks eventually drew on the influences of Teddy Boys, Mods, skinheads and even glam rockers and became slightly more colourful than the black attire of the 50s. This black attire that had come from rockers and to punk would later give ska a dress identity.

Although the ska third wave is music from America in the 80s, it originated from the punk subculture and you can often tell it from 50s-60s Jamaican ska, particularly because of its large horn pieces that dominate.

Some other bands that were making third wave ska include The Untouchables, The Toasters, Less Than Jake, Mustard Plug and Goldfinger.

Ska bands formed in America from the early 80s but were not mainstream until the 90s when bands formed like The Mighty Mighty Bosstones and Operation Ivy that set ska apart from the original mixes and set it to a faster tempo suited to punk, and so ‘ska punk’ was created, or ‘post third wave’ ska.

By 1993 The Mighty Mighty Bosstones became the first American ska punk band to find mainstream commercial success. Thereafter followed a rise in popularity for ska as a music genre so that by 1996 it was among the most popular in America.

Skanking is the dance style that originated in the Jamaican dance halls of the 1950s and 1960s.

It is supposed to resemble a running man, the body is kept low and the arms have bent-elbow and fist-punches. It demonstrates the rudeboy behaviour of Jamaican culture, in particular to do with poverty, dealing with violence and running from the authorities.

The style and speed when skanking are diverse. In the above video the rhythm is known as ‘Stroll’. The dancers are seemingly having a stroll around the centre, while swaying from side to side.

The Skatalites are a ska band from Jamaica. They played initially between 1963 and 1965, and they are a perfect example of the transition of upbeat ska R&B and reggae.

Note the ska beat with the background and lead horns so common in 70s ska revival.

And the importance of those horns again!

Note the ska horns but with a reggae baseline

Now experience the fully rounded horn and beat that is the ‘upbeat’ of ska. This is what allows the top half of the body to move one way and the lower half another way when skanking

The specials and two tone Britain