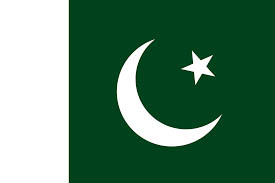 Pakistani rock is exclusively produced in Pakistan. There is a huge following including bands from India and Bangladesh. They are better than you might think.

Pakistani/Indian/Bangladeshi heavy metal music is distinctive. You do pick out Indian influences here and there but perhaps the most amazing thing is the art of the guitar. Heavy metal guitar is usually a heavy tone heavily amplified, whereas Pakistani guitar can be much lighter and nimble-fingered.

Excessive volume and loudness was once what heavy metal sought, but this new Indian sub-continent wave returns to imaginative chords and riffs. The roots of Pakistani heavy metal music can be traced back to the new wave of British heavy metal but equally the use of guitar is a throwback to the original music of artists like Jimi Hendrix who made guitar the central piece.

In many Pakistani tracks you’ll get at least once section of amazing guitar work. It’s like the artists are saying they don’t just want to make noise but to display an amazing talent and be taken seriously. Imagine the wealth of culture they have to draw on. Eclectic bands like Thievery Corporation have at great lengths gone to the sub-continent to learn how to incorporated this feel into their music and philosophy.

Heavy metal started in the 1960s with UK band Black Sabbath. From 1982 there was New Wave British Heavy Metal bands like Iron Maiden and Motorhead. In the 1990s the US flirted with the idea of spiky hairstyles and metallica. But by 2000 popularity for metal had waned and was picked up the Nordic countries. Lordi was Finland’s Eurovision entry for 2006.

More than fifty years since Black Sabbath, our Indian cousins have spiced interest up a bit and it’s a gem of a genre waiting to be discovered by mainstream rock. Recent studies by CNN showed heavy metal to be one of Pakistan’s most popular music. Once you hear it, you’ll want more.

Mix of hosted and youtube video links so the page might take a few seconds to load.