Hooverphonic came to my town 2018 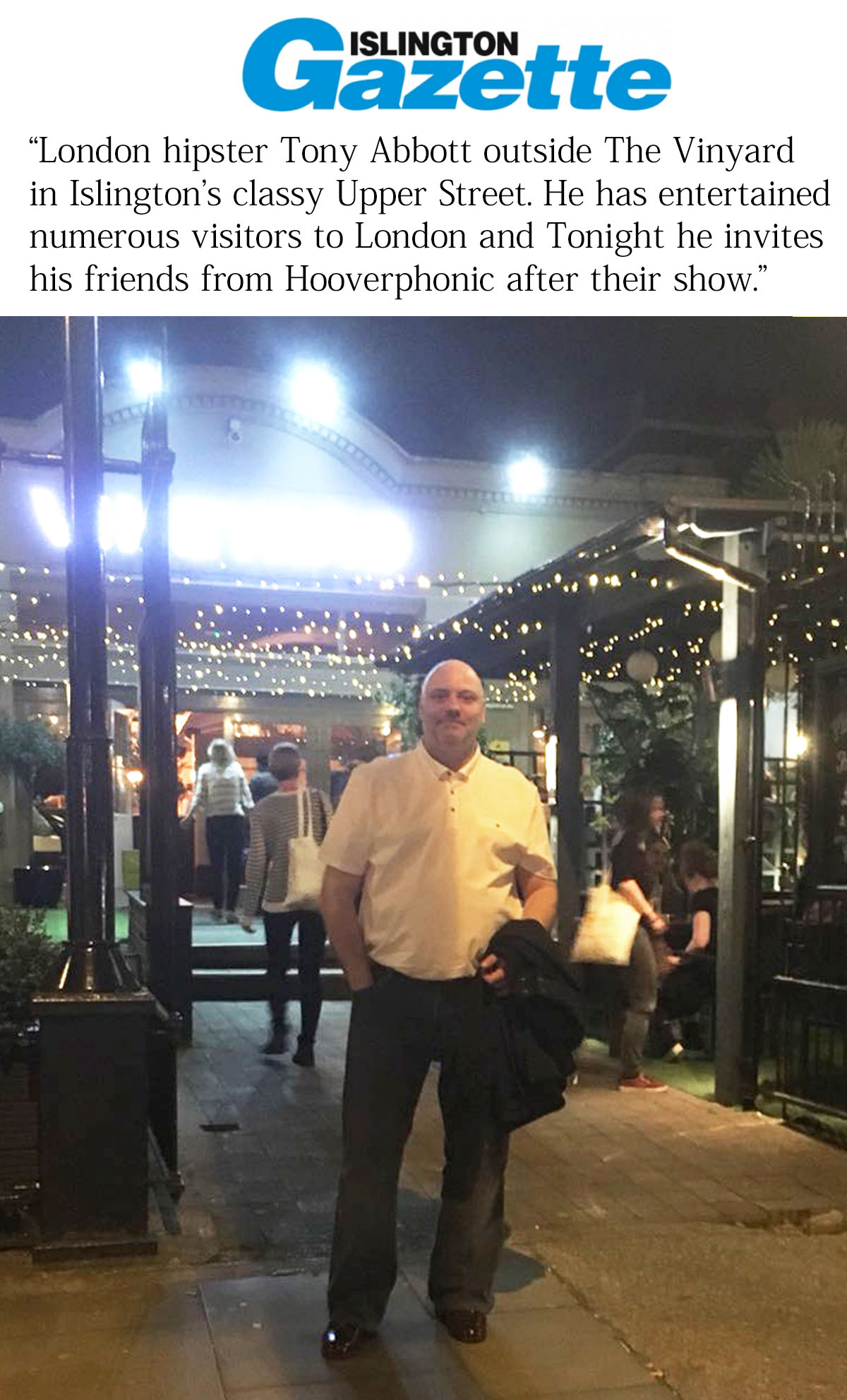 Hooverphonic performed a one-off London show on Wednesday 18 April 2018, at the Islington Assembly Hall. Their previous performance in London was in 1998 in support of the band Moloko at the University of London Union (ULU) venue. Tonight the band had a surprise, a new lead singer and a new single.

The founding members Alex Callier and Raymond Geerts have worked with a number of vocalists over the years but in London Luka Cruysberghs stepped out on to the stage for the first time as the new lead singer. Since Noémie Wolfs’ departure in 2015 the band have worked with a selection of guest vocalists, composing the much varied album In Wonderland. Tonight they performed the new single Romantic for the first time and gave us a taste from the next album still in the making.

All their albums have reached the top ten in native Belgium and five have reached Number One. It’s no wonder then, that they are super famous in Belgium, but here in London they are relatively unknown. During the performance Alex talked about how nice it was to stroll around the London shops without being recognised. 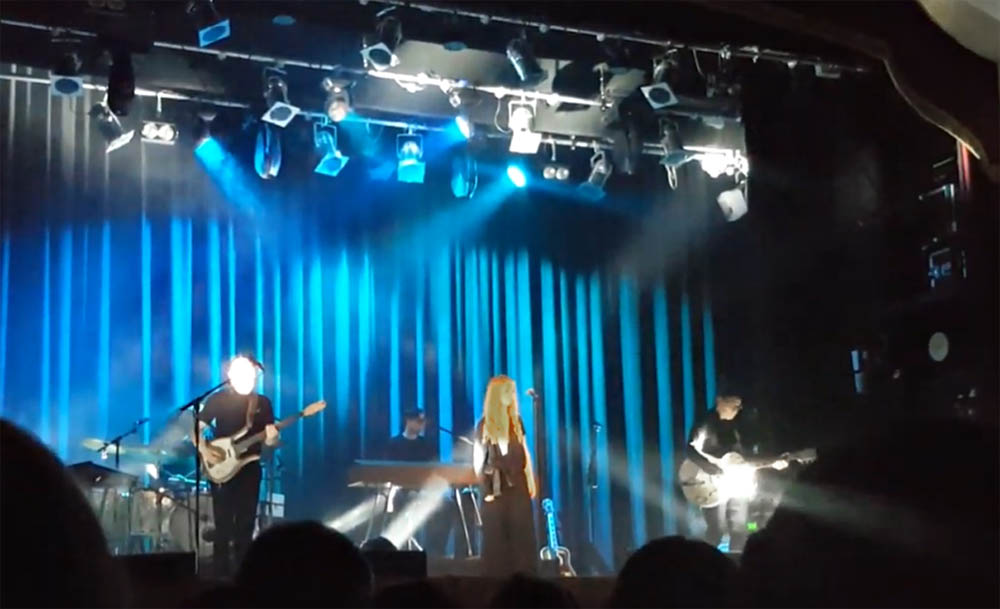 On stage at the Islington Assembly Hall 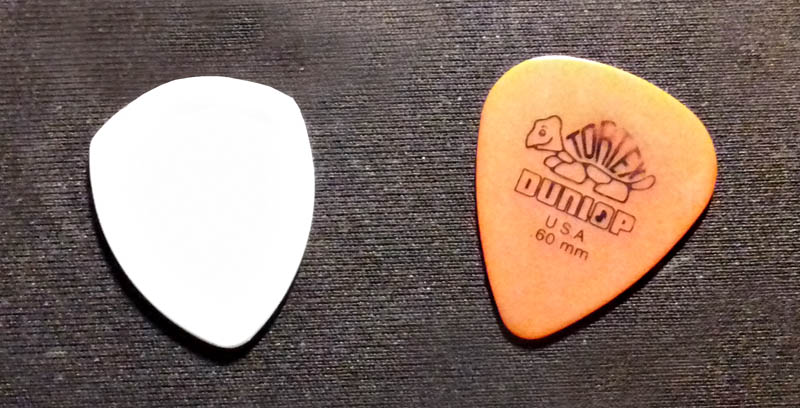 The guitar flicks that Raymond had in his pocket after the performance, and gave to me.

Towards the end of the show Alex said they would go for a drink in the pub across the road. That pub is the Vinyard, where my daughter and I went after the performance, hoping to catch a glimpse of the band. After a few drinks they still had not turned up so we walked to the next pub and had a couple of drinks and then moved on to the next.

It was that third pub we hit, The Library, that we bumped into some girls that we had seen at The Vinyard and asked if they would be kind enough to take a photo of me with my daughter Hayley. As we posed with our backs to the pub door, Hayley looked behind her, through the door glass and said “Isn’t that the drummer from Hoooverphonic?“

It was! And we went straight in and stood among them. Band members Alex, Raymond and Luka were there and also the drummer, guitarist and their manager. We couldn’t believe it, it was so exciting! By the end of the night we had spoken with everyone except the drummer.

I was a bit shy, not wanting to be a nuisance but Hayley had no such inhibitions and dragged me to a table where Raymond was standing. She started a conversation and before long I was talking about stuff with Raymond Geerst. Hayley mentioned Alex Callier in the conversation and straight away Raymond looked around for him, “oh would you like to meet him.“

“yes of course,” I said “but are you kidding me, you’re as much Hooverphonic as Alex and it’s excitement enough to be talking to you at this moment.“

And so we chatted over a bottle of India Pale Ale. He reached into his pocket and pulled out a few of those plastic triangle things that they use to pluck guitar strings, the name escapes me, and gave them to me. I asked if he’d used them at tonight’s performance and he shrugged shoulders saying that he always carried them but could not say what venues or tracks he used any one over the other. They could have been used tonight or equally to record the last studio album. 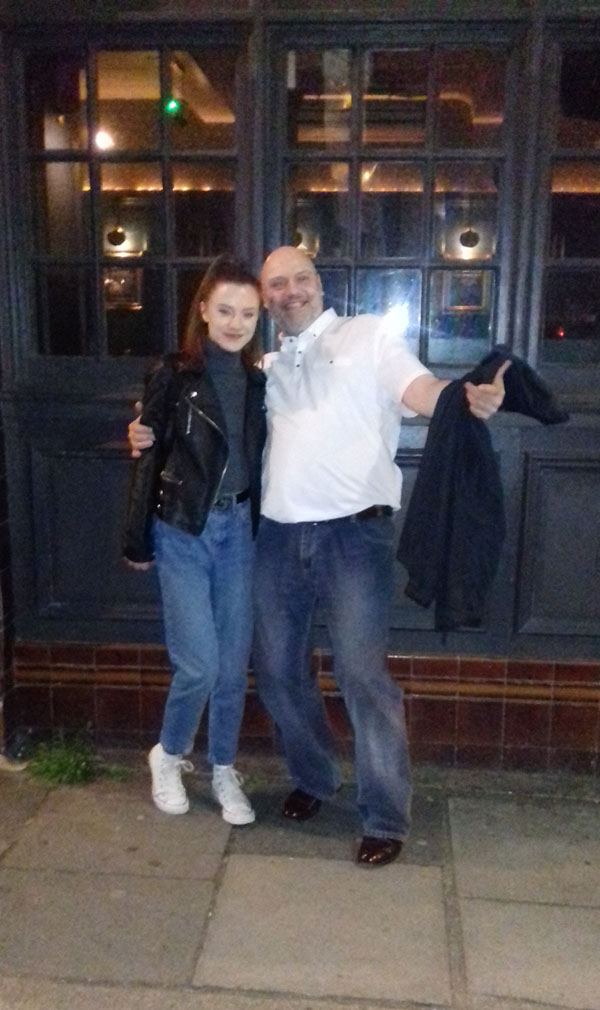 Outside The Library pub with daughter Hayley. 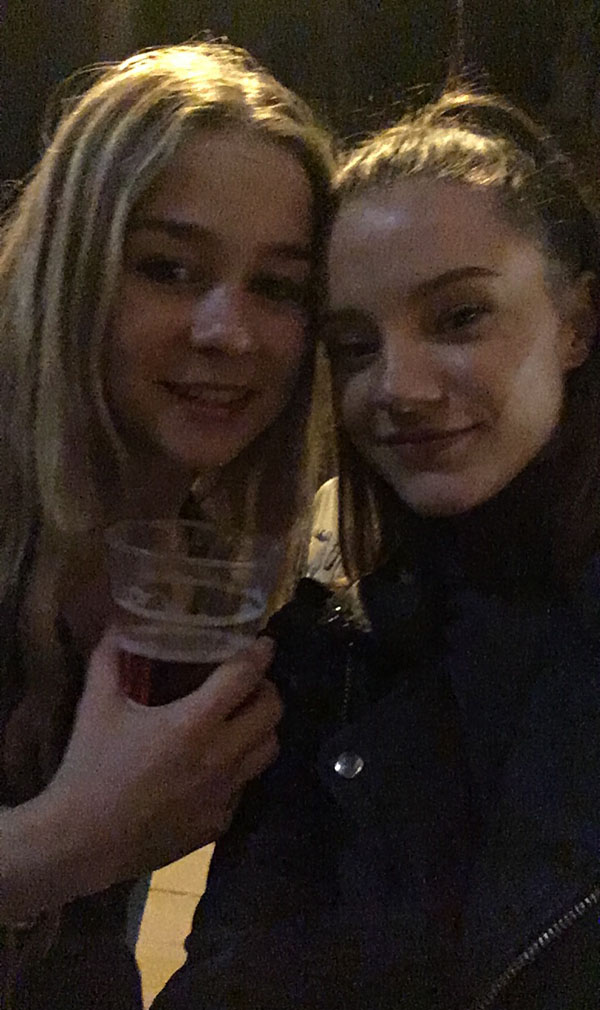 Hayley with Luka inside the pub.

Inside The Library P/H it was not too crowded at all, and so we were able to see all the band members having a drink and talking to various people, possibly their entourage or other fans. Hayley took photos of me with Raymond. Then Alex Callier came over and I chatted with him about their forthcoming album.

Alex was also drinking from a bottle of India Pale Ale, and as he finished it I took the opportunity to buy him another. I wanted to be able to say that I had bought Alex Callier a beer, I even took a photo of it. And so we talked while drinking India Pale Ale for a while. Meantime Hayley had found Luka and was chatting away with her and one of Luka’s friends. She asked me over to meet Luka and I took the opportunity to also get her a beer.

Luka was drinking a soft drink. I think Ann the band manager was keeping an eye on her, but we got her a beer anyway and she seemed pleased for it. I didn’t speak much with Luka, just long enough to say what a wonderful voice I though she had. Un-surprisingly Luka is a very lovely person with an infectious smile.

Luka and friend drifted away and as by appointment guitarist and vocalist Peter drifted over to us. Like the rest of the group, he is a very polite and interesting person and we chatted quite a while about things. I can’t remember to this day much of the conversations I had because I was so chuffed that this experience had happened, I just remember snippets of things I said to each of them.

How unbelievable it all was. Not often do you see a live band and spend the evening with them after the show. It will remain one of the most memorable days in my life and more so having shared the experience with my daughter. Towards the end of the night we also met Hooverphonic manager Ann Bosmans and later when we were leaving we spoke with her and Raymond outside.

They had all been so impressive. Outside we said our goodbyes. Ann told us to stay in touch and Raymond thanked us for being fans. “No,” I replied “thank you for a lovely evening and for the great music you’ve shared with us all.” It was great to let them know that they met their biggest UK fan that evening.

The pale ale bought for Alex. 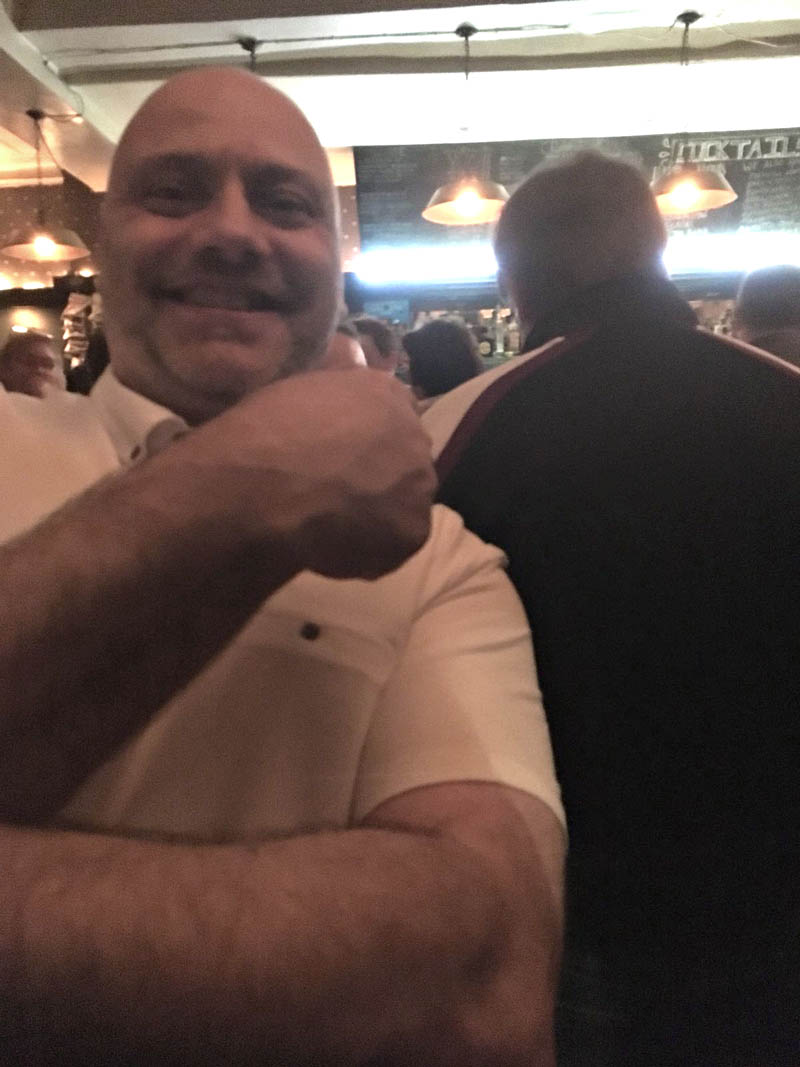 That’s Raymond Geerst over my shoulder!

It was an interesting setlist with Lethal Skies from the forthcoming album ‘Looking For Stars’ slotted into number two among five classic Hooverphonic songs for the opening.

Then more classic songs with a couple more tracks from ‘Looking For Stars’ : Romantic and Sleepless slotted somewhere in the middle. For the encore, another classic and another from Looking For Stars. The band played Romantic for the first time worldwide, but fair to say that Lethal Skies, Sleepless and Long Time Gone were also played and they too being on the forthcoming album ‘Looking For Stars’.

There was an initial performance with Luka in front of a selected audience for her to find her pitch with the band and to try out the new songs. It’s possible that Lethal Skies, Sleepless and Long Time Gone were tested but not Romantic and this may be why Alex declared Romantic as a world premiere but not the others – but who really knows. 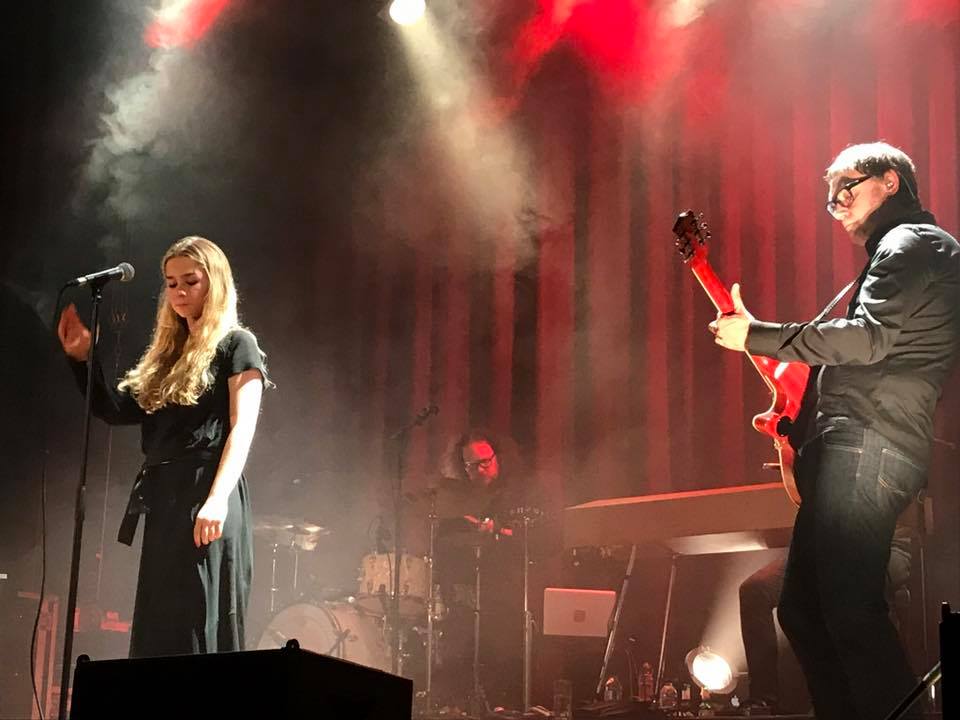 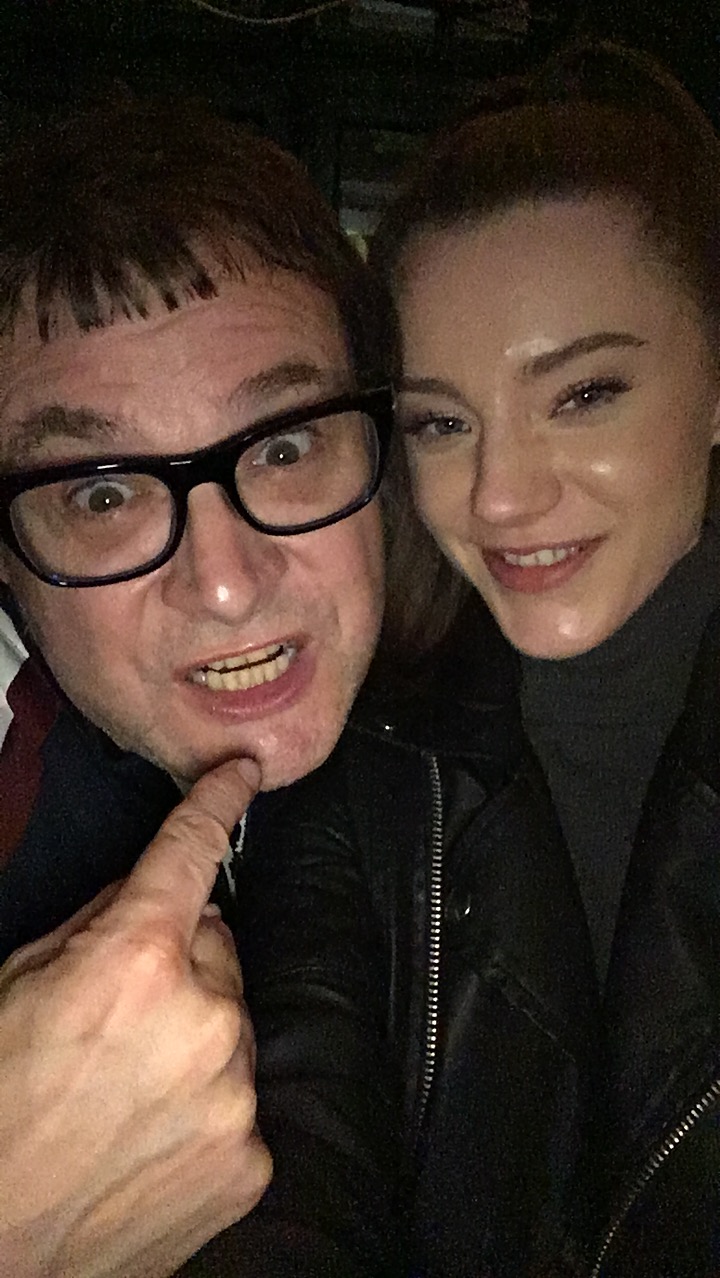 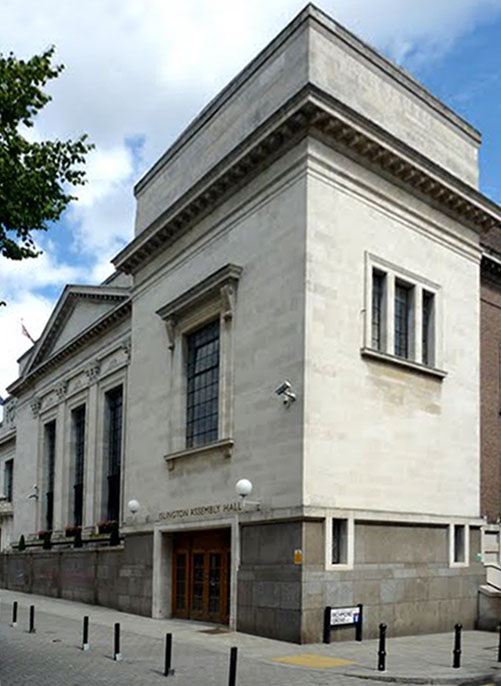 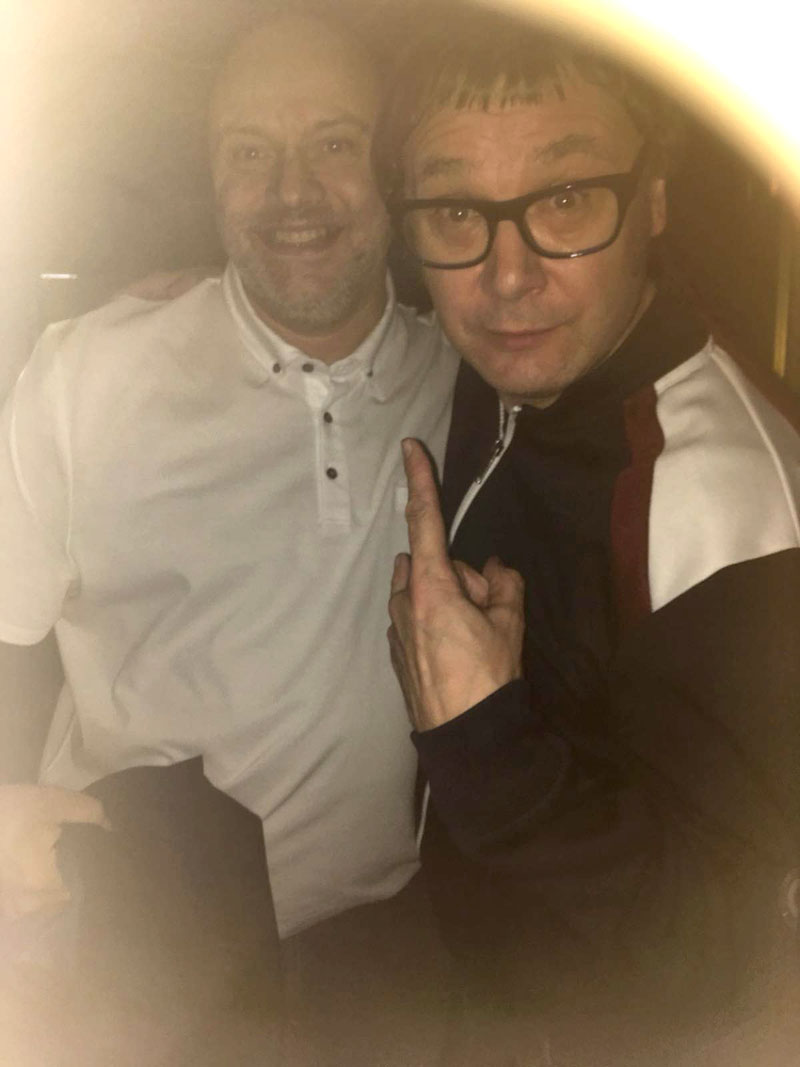 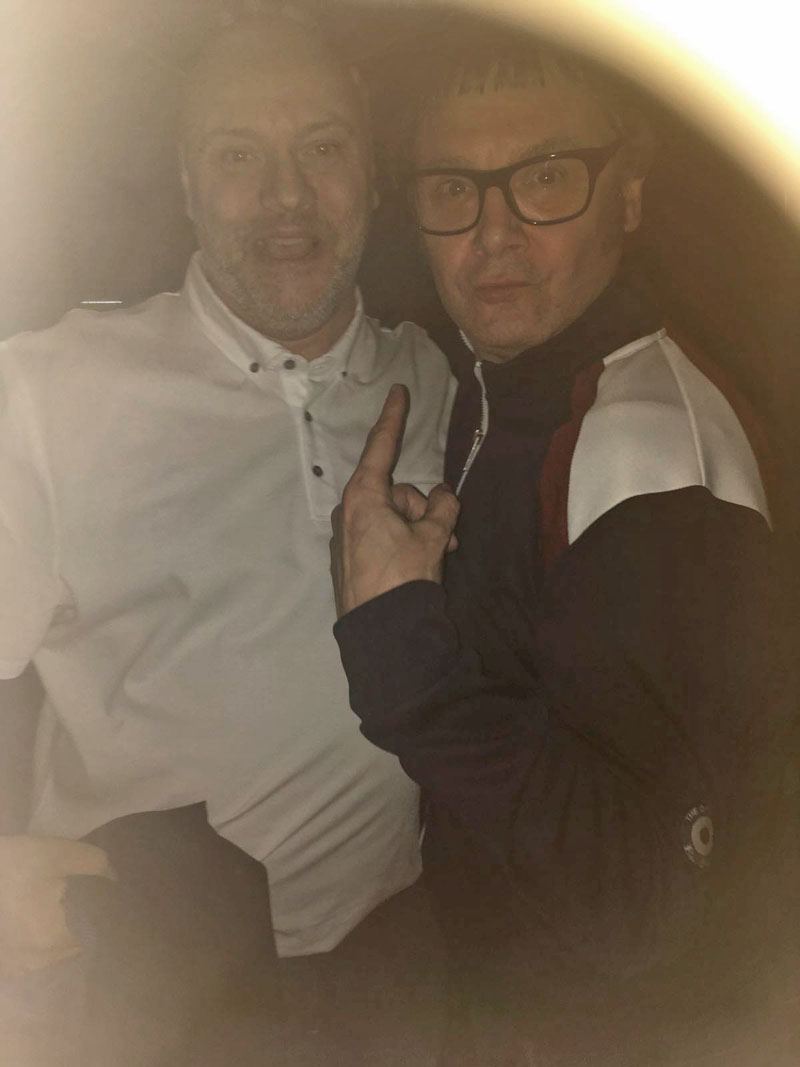 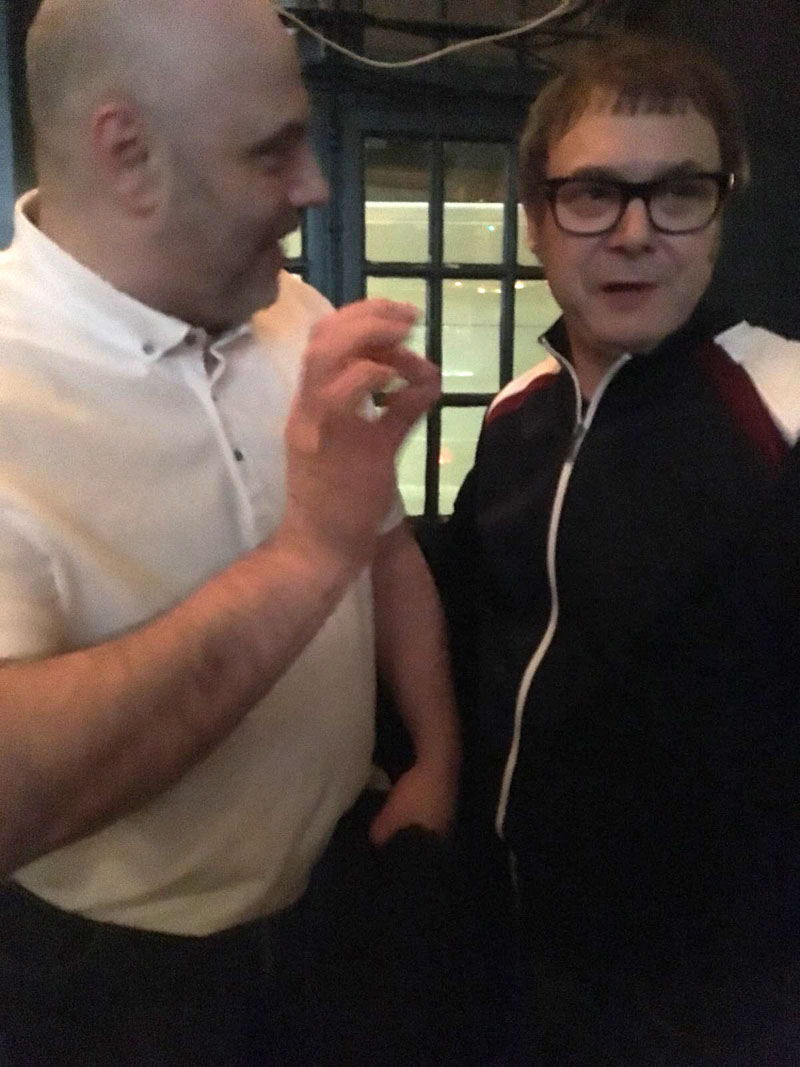 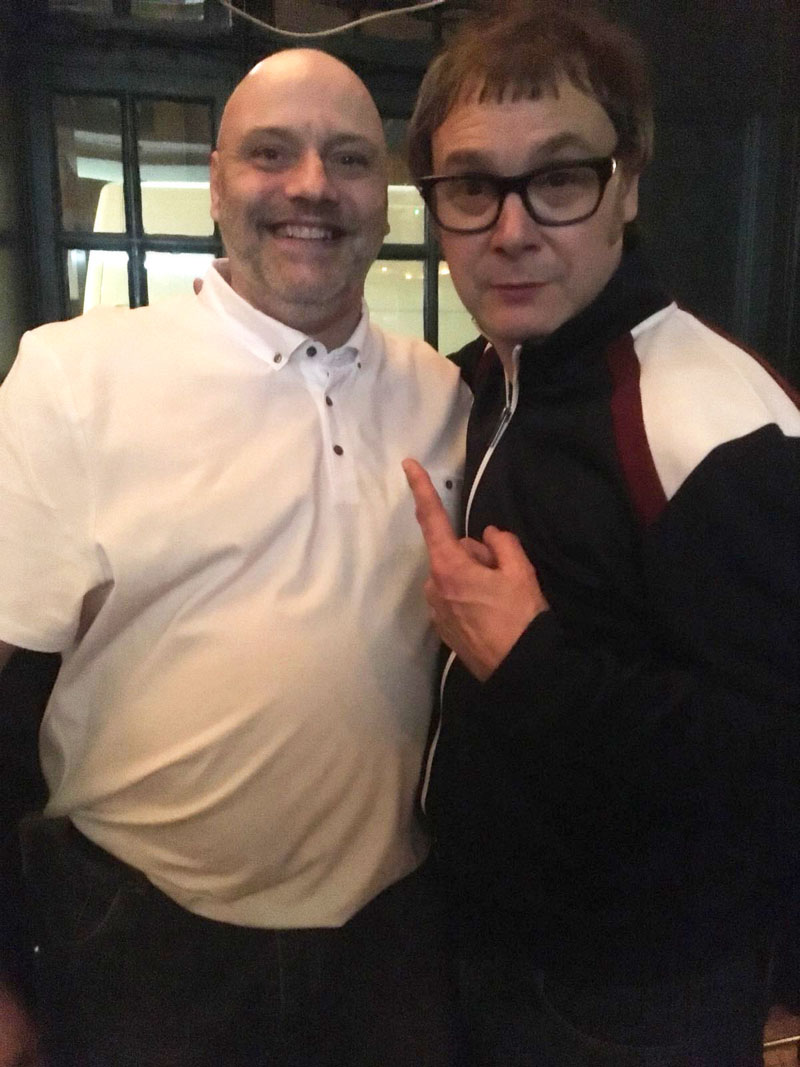 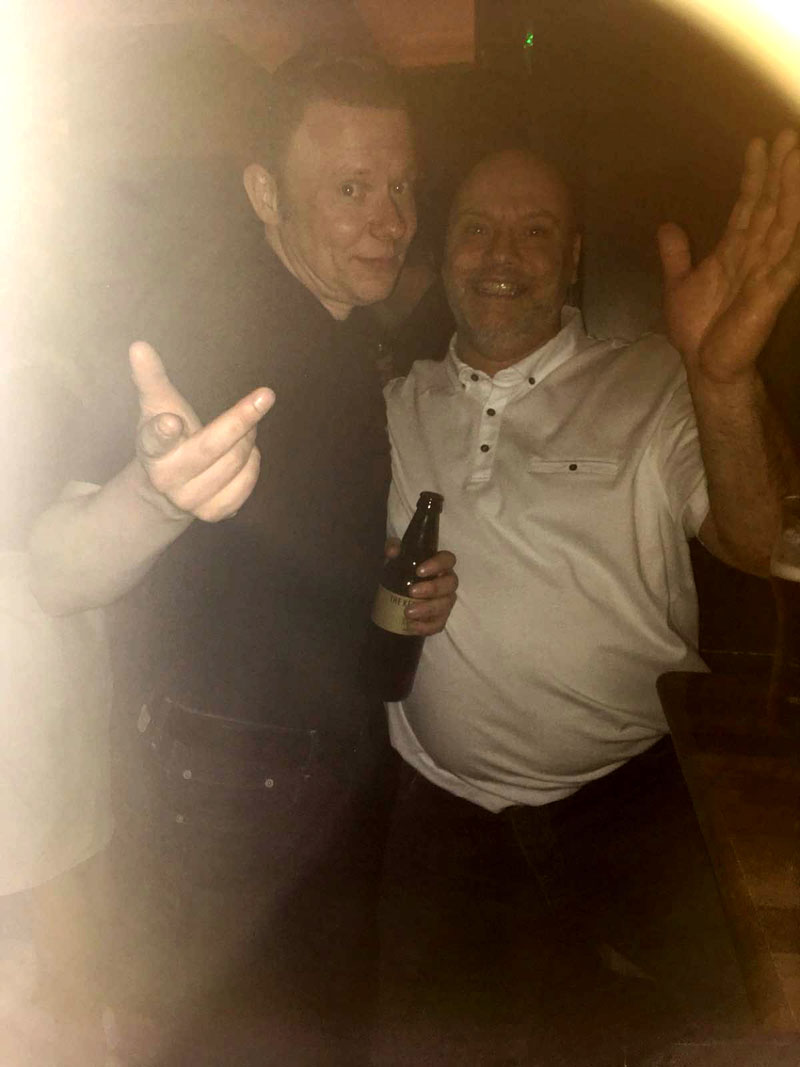 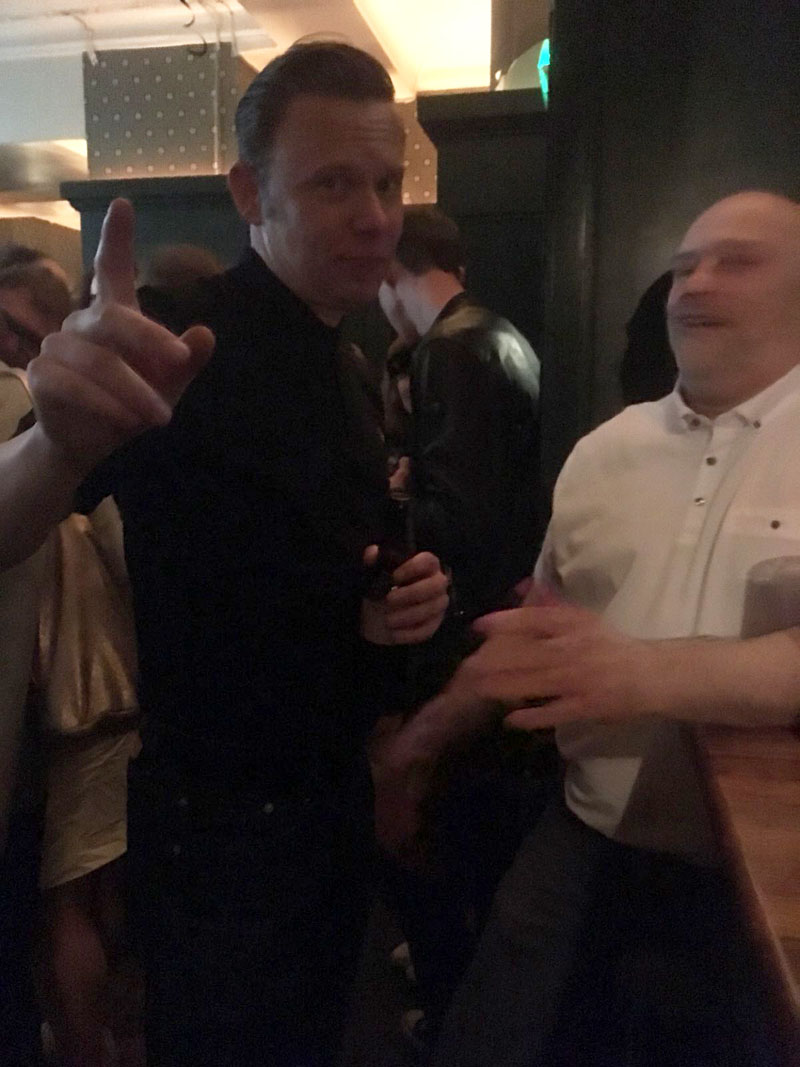 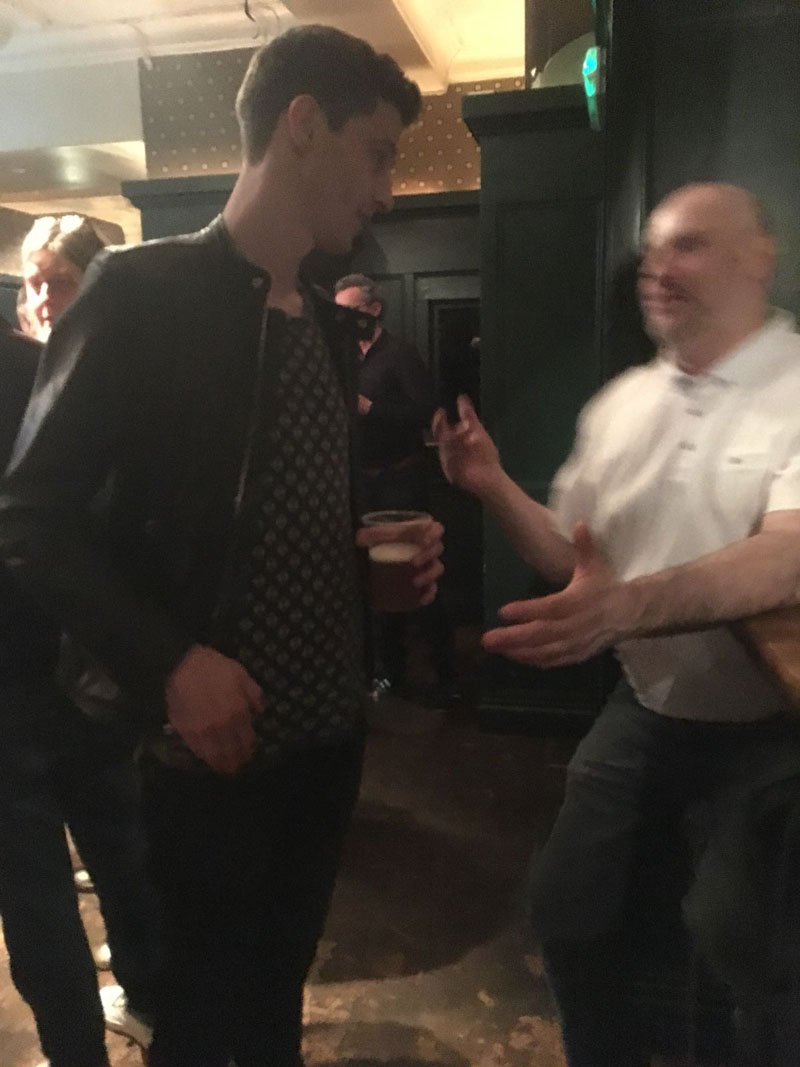 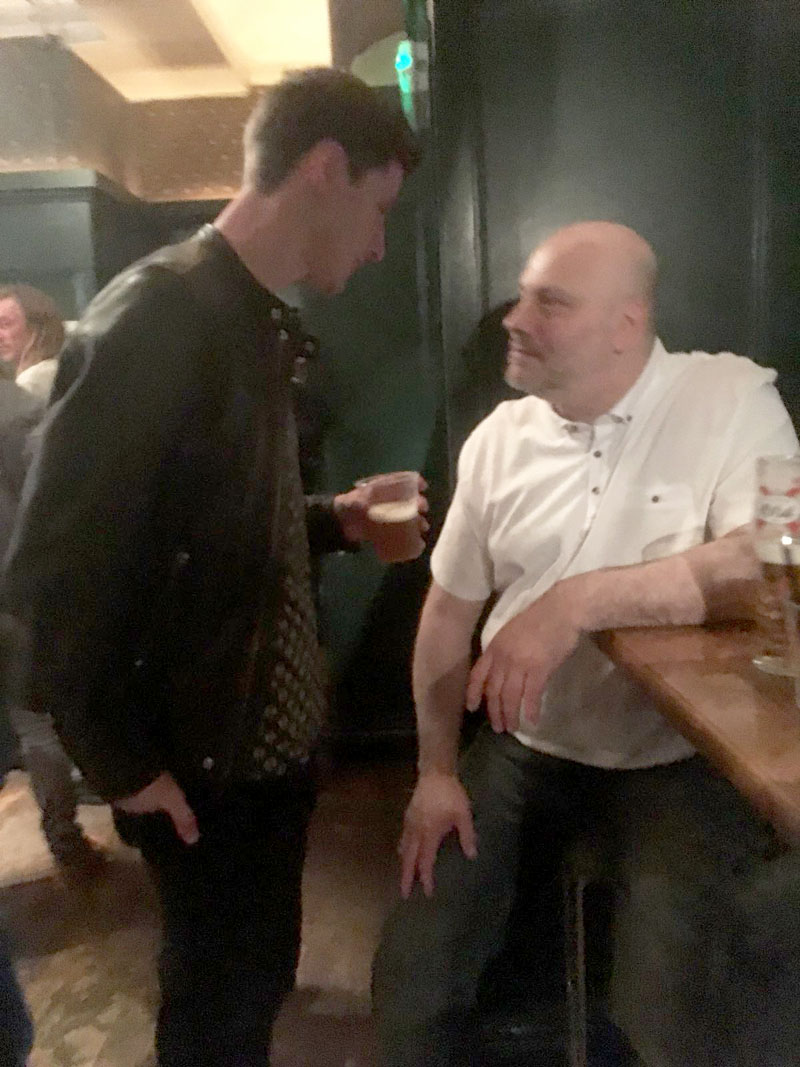 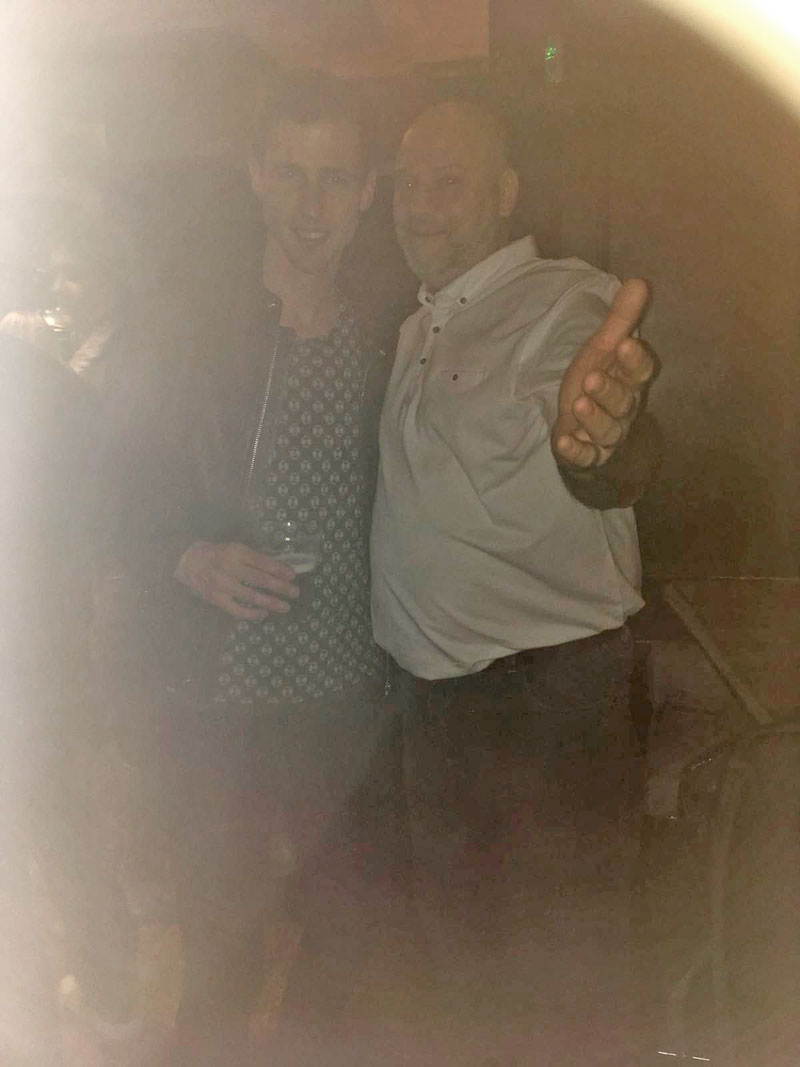 Talking with Raymond and manager Ann outside the pub at the end of the evening, about 1.30am.