At the turn of the 19th Century, there was still 37 years before the start of the Victorian age. Two King Georges reigned then a young William IV ruled for just ten years and then came Queen Victoria. What separated the Georgian and Victorian was the abolition of slavery in William IV’s reign and this had a severing effect between an empire dependant on forced labour and an empire expressing its unilateral superiority in the sciences, construction and technology.

The new century was not markedly different from the previous one at the start. The charitable relief for the needy was administered by local parishes through the provisions of the Poor Law. Legislation passed in 1722 entitled parishes to provide poor relief in specially built workhouses, of which 2,000 existed with 90 in London alone. Many were overcrowded and staggeringly, the death rate for workhouse children in London was over 90%. Those that did not enter the workhouse were left to beg on the streets.

The main difference between a workhouse and an almshouse is that workhouses (also poorhouse or poorfarm) were for the poor and children who earned their keep by doing jobs whereas almshouses were charitable premises offered to elderly people that were no longer able to manage.

In Archway there were several of these buildings. At the end of St John’s Way there was a workhouse. Just behind it in Cheverton Road was an Almshouse and also at the start of Archway Road where the toll gate used to be was built an Almshouse for women over fifty years old by Sir Richard Whittington.

The start of Archway Road showing the original Archway Tavern and the turnpike. Behind the toll is the Whittington Almshouse – built by the Mercers Company in 1822 in the Gothic Revival style. 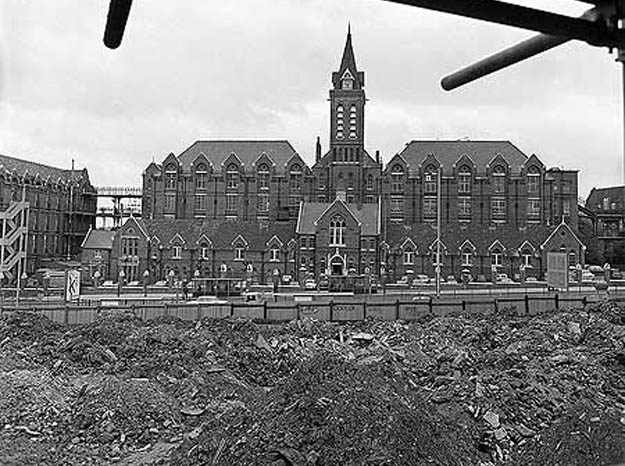 In the center can be seen the Islington Workhouse on St John’s Way; the orphanage on Hazellville Hill and the back of the Whittington College (the Almshouse of Archway Road). Look at Albany and Alfred roads in St John’s Way – The S-bend currently in St John’s Road is there to get around an issue with land ownership, which was resolved and the road joined up, but the S-bend remained. 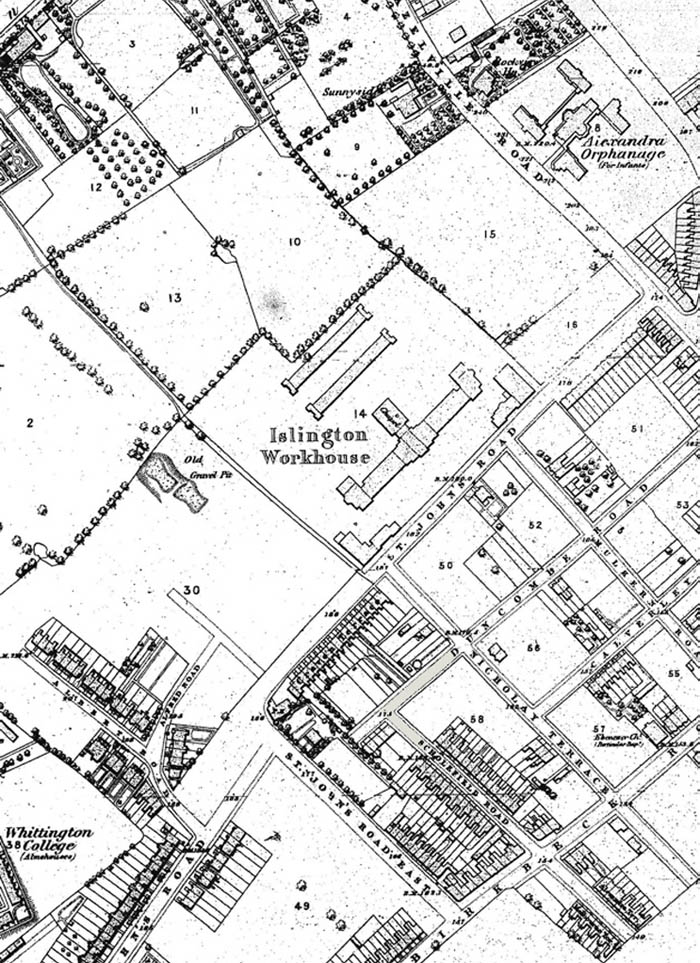 A photo taken from a scaffold on the site next to the Whittington Almshouse, where the current housing estate stands and small play area known as Archway Park c. 1970s.